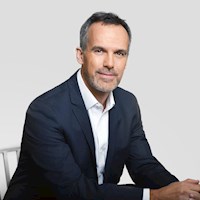 A veteran with over 30 years of experience in the hospitality industry, Dean Schreiber has over his established career, helmed varying portfolios across several hospitality groups. As chief executive officer for Oakwood, he oversees a global portfolio comprising more than 13,000 accommodation units housed under a collection of distinctive brands. His key responsibilities include the growth of the group globally, alongside key aspects of business development, corporate governance and investor relations.
Since joining Oakwood in 2014, Schreiber has played a pivotal role in the rapid development of the brand. Known for his visionary plans, Schreiber focused on broadening the group’s accommodation offerings to include hotels and resorts so as to establish a diverse portfolio that encompassed both short and long stays; leading the evolution of the group from its illustrious position as a leading provider of serviced apartments to a trusted partner in hospitality management.
Having joined the group as managing director of Oakwood Worldwide (Asia) in 2014, Schreiber was instrumental in the growth of the company’s portfolio in Asia Pacific. Under his lead, Oakwood expanded its development pipeline of new properties and successfully extended its footprint in key cities. In August 2020, Schreiber also led the team towards entering into a strategic alliance with Country Garden Commercial and Cultural Tourism Group to co-develop Oakwood Beluxs, a new brand that will add another 100 properties to the portfolio in China. Augmenting the company’s hospitality management expertise in the U.S., Schreiber is set to steer the organisation towards accomplishing ambitions for continued expansion across regions.
Prior to joining Oakwood, Schreiber held the role of senior vice president of operations at Pan Pacific Hotels Group, a fully owned subsidiary of United Overseas Bank, where he oversaw the management of the performance of the group’s portfolio of international hotels and effectively delivered profitability for stakeholders whilst enhancing the guest and associate experience.
Schreiber has also served in several roles of increasing responsibility at Franklyn Hotels & Resorts and Tiara Hotels & Resorts; Harbour Plaza Hotels and Resorts; Century International Hotels in Hong Kong and Indonesia; and the Holiday Inn Hotels in Australia, Hong Kong and Tibet.
View all Speakers

“Great event, lovely people and interesting panel discussions! I will not hesitate to participate again and already look forward to RECHARGE 2023!

A recap of the wonderful experience at RECHARGE 2022, where 100% of attendees said they would attend in 2023. Business, learning and fun all wrapped …

Europe: New research from Savills shows that European serviced apartment supply is forecast to expand by 21.2 per cent over the next three years.

Channel Islands: A 103-key Wilde by Staycity aparthotel will anchor a £120 million mixed-use scheme in St Helier if plans are approved.

UK: Liverpool City Council has said that coliving developments must adhere to residential policies set out in its newly adopted local plan, including …

Thanks for taking your time to subscribe. Keep an eye out in your inbox for updates and news about the Serviced Apartment Summit.